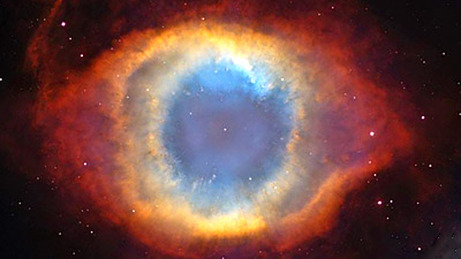 I believe in the Creator; Father, Son and Holy Spirit.
​
This has, however, not always been the case.

I was brought up as a child with the influence of two denominations, i.e. Catholic and Protestant. This for me came over as very controlling, fearful and manipulative. Even though I'd given my life to The Lord Jesus as a child, for the above reasons I walked away from religion, and as a rebellious teenager believed I had made a mistake and that God did not really exist!

He, however, loves us so much that He allowed me to suffer and cause me to embark on a Spiritual Journey which I've now been on since 1980. He says that "It is best to have born the yoke of suffering/discipline in ones youth" (Lamentations 3:27).

To become spiritual I believe we need to have bodies which are becoming cleansed temples. Disease is caused by pollution which we breathe in, drugs, junk foods, dehydration, lack of oil, vitamin and mineral deficiencies. Also electromagnetic poisoning from microwaves, WiFi etc depress our immune systems. Negative emotions also contribute to this toxic state. All this causes a poisoned colon, liver and blood stream, a toxic mind and subsequent toxic behaviour patterns. I believe the remedy is to work a 12 step spiritual programme to heal the emotions and to learn to release resentments, bitterness, anger, jealousy, guilt, fear etc, take personal inventory of our lives, be willing to heal broken relationships and be released from being a scapegoat. I have also learned the importance from the programme of not allowing anyone but the Holy Spirit to control me and also not trying to improve or regulate anybody but myself. Learning to 'act' rather than to 'react' has been an important lesson learned in the 12 step fellowships, combined with meditation on the Life Recovery Bible, plus healing with detoxification, using natural foods and supplements to build up the immune system.

Our Living Creator, the Lord Jesus Christ, instructs us to "Confess our faults to one another and to pray for one another so that we will be healed" (James 5:16). He also wishes us not to live in the past which is history, however its good to remember the happy times, but to be freed from the negative emotions associated with the unhappy times. The future is a mystery and (without Jesus) will invite fear and uncertainty as HE is the only way to heaven. Going to psychics and fortune tellers, playing with the ouija board, tarot card reading etc, will get us into the occult kingdom which belongs to the god of this world (lucifer, satan or the devil) who wants to destroy us. Lucifer looks after his own followers in this life through their enslavement in secret societies some of which practice satanic rituals and paedophilia and they very often gain great wealth because the god of this world has promised that if they bow down and worship him he will gain great wealth for them. After Jesus' time of fasting in the wilderness for 40 days and 40 nights the devil took him to Jerusalem on the highest point of the temple, he showed him  the nations of this world and all their glory, and then he said, 'I will give it all to you, if you will only kneel down and worship me'. And then Jesus told him 'get out of here satan, you must worship the Lord your God and serve him only!' (Matthew chapter 4).  However the end of all this enslavement brings spiritual death both in this life and forever for all of eternity, a terrifying prospect!

With Jesus, although we experience tribulations and sufferings, we have the assurance of entering eternal life. Without a vision the people perish, so we must have a vision for the future and have goals to achieve this end. Most importantly we learn to live in the present, which is a gift, and that is why its called the 'present'. If we belong to the Lord Jesus Christ then we have the assurance of entering into the Kingdom of God and of spending eternity with Him in Heaven, as He is the only way there (Jesus said 'I am the Way, the Truth and the Life - and no one comes to the Father except through me' - John 14:6)

Saint John's Revelation Chapter 4: 1-4. it says, 'After this I looked and behold a door standing open in heaven! And the first voice which I had heard addressing me like the calling of a war trumpet said 'Come up here and I will show you what must take place in the future', at once I came under the Holy Spirit's power, and behold, a throne stood in heaven, with One seated on the Sapphire throne. And He Who sat there appeared like the crystalline brightness of jasper and the fiery sardius, and encircling the Sapphire throne there was a halo that looked like a rainbow of emerald. Seated on the Sapphire throne is the Lord God Almighty (Omnipotent), Who Was and Who is to come.

​In the year that King Uzziah died, in a vision I saw the Lord sitting upon a throne, high and lifted up, and the skirts of His train filled the most Holy part of the temple. Above him Seraphim; each had six wings: with two each covered his own face, and with two covered his feet, and with two each flew, and one cried to another and said 'Holy Holy Holy is the Lord of hosts; the Whole Earth is full of His Glory!' (Isiah 6 1-3)

If it was for this life only, we would have to be pitied more than anyone (1 Cor. 15:19). You search the Scriptures because you think that within them you will find eternal life. And these scriptures testify about Me! You are not willing to come to Me so that you might have life. I do not receive glory from men, However I know and recognise that you do not have the love of God in you. I have come in My Fathers name and with His power and you do not receive Me; but if another comes in His own name and in his own power and with no other authority but himself, you will receive him and give him your approval. How is it possible for you to believe if you are receiving praise and honour and glory from one and other, and yet do not seek the praise and honour and glory which comes from Him alone who is God? (John 5:39)

We are living in a 'celebrity' culture under the influence of television and Hollywood. People are lost, wishing to emulate celebrities, because they have no idea who they are or why they were born. Jesus is our Living Creator, He is also the Word of God. 'In the beginning (before all time) was the Word (Christ), and the Word was with God, and the Word was God Himself'. (John 1:1 - Amplified Bible). 'For You have formed my inward parts; You have covered me in my mothers womb I will praise You for I am fearfully and wonderfully made; marvellous are Your works, and that my soul knows very well. My frame was not hidden from You when I was made in secret and skillfully wrought in the lowest parts of the earth. Your eyes saw my substance being yet unformed. And in Your book they all were written, the days fashioned for me, when as yet there were none of them'. (Psalm 139: 13-16)

​There are many corrupt leaders in positions of authority within governments and 'religious' organisations, some religious leaders aren't speaking truth from the Scripture and many people are following these 'celebrities' instead of searching the Scriptures (Bible) for themselves. For in the Gospel a righteousness for which God ascribes is revealed, both springing from faith and leading to faith as it is written 'The man who through faith is just and upright shall live by faith' (Habakkuk. 2:4). Thankfully in the Heavenly Kingdom there will be a Theocracy (a Theocracy is a Government operated under Divine rule meaning the Lord is seated on His Throne, ruling and reigning with his Bride, the Church).

For God's Holy wrath and indignation are revealed from heaven against all ungodliness and unrighteousness of men, who in their wickedness repress and hinder the truth and make it inoperative. For that which is known about God is evident to them and made plain, because God has shown it to them in His creation. 'Forever since the creation of the world His invisible nature and attributes, that is, His eternal power and divinity, have been made intelligible and clearly discernible in and through the things that have been made (His handiwork). So men are without excuse. Because when they knew and recognised Him as God, however they did not honour and glorify Him as God or give Him thanks. But instead they became futile and godless in their thinking and their senseless minds were darkened. Claiming to be wise they became fools. And by them the glory and Majesty and excellence of the Immortal God were exchanged for and represented by images, resembling mortal man and birds and beasts and reptiles. Therefore God gave them up in the lusts of their own hearts to dishonouring their bodies among themselves. Because they exchanged the truth of God for a lie and worshiped and served the creature rather than the Creator, Who is blessed forever! For this reason God gave them over and abandoned them to the vile affections and degrading passions. Men turned from natural relations with women and were consumed with lust for one another. And women exchanged their natural function for an unnatural or abnormal one. Because they did not see fit to acknowledge God or consider Him worth knowing, God gave them over to a base and condemned mind to do things not proper and decent but loathsome'. (Romans 1:17-28)

It seems God's judgement is falling on our nations. Hebrews 12 is an exhortation to run the race set before us, being separated unto Jesus alone, for we are to receive an unshakable kingdom. In the meantime He is shaking everything that can be shaken! Because of the increase of wickedness and evil, therefore it appears we are now living in the days of Noah (Matthew 24: 37-39). So Jesus may return at any time soon.